And did I mention DRAGONS?

YEAH! ALL OF THAT! Below, find all kinds of cool Fianna stuff, including an excerpt AND the chance to win books!

So come on! Spend some time with Fianna!

This scene is partway into the first time Abbie from Portland meets the Draca. The shape-shifters have been secretly looking for her and now that she’s here…

Abbie stood with one hand on the front door knob. Her stance and energy communicated a “half in, half out” status to Fianna. Fianna needed to reel her all the way in and soothe her understandable anxiety. She certainly couldn’t explain everything now because careful protocols had to be followed, ones that protected humans and the Draca both.

“What happened to Abbie last night?” she sent a telepathic inquiry to the collective sister-selves to no avail. The Draca women, and their dragon selves, shared special telepathic channels for communicating silently.

“Do you have a cell phone I can use?” Abbie jiggled the doorknob, her gaze darting from one to the other.

“No reception here,” Fianna said, stifling the urge to lunge for the door.

Abbie’s drawn, haunted look, complete with dark circles under her eyes, painted her as a creature in need of rescue. The dragons, known collectively as the sisters-Draca, chose that moment to jointly grasp the situation in the practical, no-nonsense manner of a predator, and agreed the clueless human-Draca needed their protection.

She was family, and for the moment, that’s all they needed to know. Rapid-fire reactions pinged among six minds—Fianna, Orla, Guin, and their dragons. The group processed in furious silence while earnestly regarding Abbie, who appeared mired in a frantic desire to leave, and a burning curiosity to stay. She was a puzzle sent from the gods for them to solve in order to complete the mission.

She may not speak on all their wavelengths yet, Fianna thought. But she feels them. Abbie shared their silence, as if waiting for their internal conversation to finish. Fianna sensed that everyone felt Abbie’s fear, and if Fianna didn’t find a way to sooth the lot of them, things were going to get lively in a rather more dragonly way. Probably not a good idea.

Yet Abbie needed coaxing to tell her story, as a prelude to revealing her true nature. Fianna tried to draw her out.

“Come on, Abbie,” Fianna said in a soothing tone. She remembered the skittishness of young Draclings and gestured toward the kitchen. “You must still be so exhausted. Let’s have lunch and sort everything out, how does that sound?”

Abbie looked torn, and, with a tinge of resentment, said, “Fine. Soup would be great. Then, can you tell me how to get out here?”

“Better. We’ll hike with you,” Fianna said. “Make sure you get to your car okay. Later, after lunch. Okay?”

Fianna wanted to howl. How disciplined and polite they were being. Like the proverbial saying, the one about the elephant in the room. In their case, it was the dragon in the room. Did Abbie know or even suspect what had, most likely, happened to her? They didn’t want to shock her. Fianna was not going to blow her big opportunity to protect this unlikely dracling, even though she itched with a familiar and dangerous impatience. 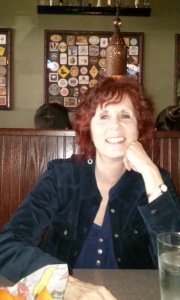 She resides in Portland, Oregon where, in a strangely perfect combination of rainy winters and urban skyline, her writing inspiration abounds. She’s also slightly obsessed with dragons.

AND get in on this awesome giveaway! Authors helping out on this blog tour are giving away some goodies, too, and all you have to do is hit the link below:

THIS IS THE SACRED RAFFLECOPTER LINK!

AND…go check out the other tour stops for more excerpts and info about Fianna the Gold!

Find some buy links at Dirt Road Books. But you can also find it in all kinds of other stores, too. Just check your usual haunts and if you don’t see it, let me know so we can fix it.

2 thoughts on “BLOG TOUR! Author Louisa Kelley and a giveaway!”