Hi, friends. Thought I’d share this post I did over at Women and Words, my other hangout. Take care of each other.

Okay, relax. If it makes it any easier, white peeps, I’m white, too. So maybe you’ll be more comfortable with a white person telling you to think about some things.

Let’s talk a bit about a galvanizing reason behind these protests. And as I write this, US military forces are literally being deployed to possibly enact lethal force on their fellow Americans — in response to peaceful protests of thousands of POC and their allies.

Please think about that, too, as you read this. About the United States military being sent to possibly employ lethal force against American citizens.

Primarily, think about police brutality, because that’s a major driver of the current protests.

I wanted to bring this up today because June is Pride month, and it’s important to remember that the modern LGBTQ rights movement was launched in the early morning hours of June… 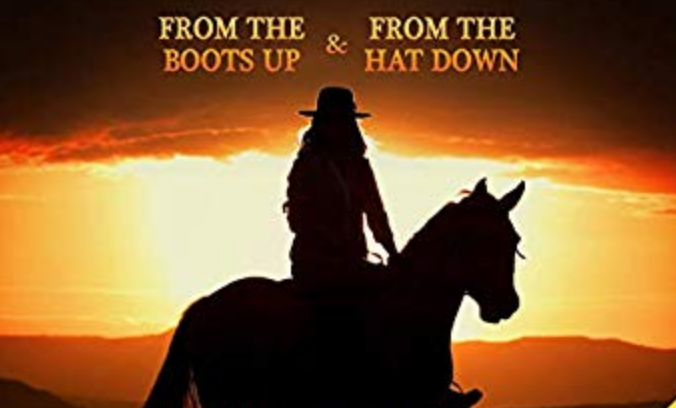 HAI, FRENZ!!! LOOK AT WHAT AUDIBLE DID WITH SOME BOOTS AND A HAT!

So, I’ve had this thing going on for the past few months. I’ve kept it under my hat (see what I did there) because I’ve been nervous about it and I’m kinda superstitious about some things, so I keep ’em under wraps until I feel like it’s time to talk about them.

I’ve been working with Audible to make two of my books available in audiobook.

And Audible just notified me that my novella, From the Boots Up and the sequel novel, From the Hat Down, are now available AS AN AUDIOBOOK! WOOO!

I AM SO STOKED! I totes did a happy dance (and I’ll probably do a few more) and now, I’m passing this info on to you.

They’re a twofer, y’all. That means you buy it and you get both. Or, if you’re an Audible subscriber, you’re gonna get both of these…

Been thinking about this, on World AIDS Day.

I’ve been thinking about some things. As you’ll see.

I’ll start my train of thought by telling you that I’m a fangirl, and I have been pretty much my entire life. Those of us who participate in fandoms — especially if we’re from marginalized groups — find our tribes in them. We find inspiration, support, creativity, friends, lovers, partners, spouses.

I’ve found support in fandoms. And for those of us who are queer, fandoms have offered us safe haven from the shit all around, where we could tell our stories and offer each other queer rep when nobody else was doing it. 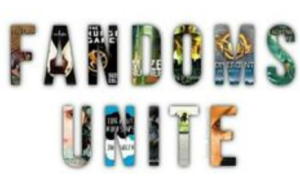 I find many vibrant, amazing, eclectic people in my communities and fandoms, many of them younger than I am, but I am so goddamn proud of the young people who are stepping up to continue the fight, who want to make things even better for…

Howdy, peeps! So as some of you know, I’ve got a holiday romance novel on the way (next week, as a matter of fact). Here is some happy fun time book blitz crazy for you. Including an excerpt. And a Rafflecopter giveaway. It is oh, so glamorous up in here…

So go have your sneaky peek at all this glamourous-ness.

END_OF_DOCUMENT_TOKEN_TO_BE_REPLACED

I just heard of the death of Sarah Dreher via one of my Twitter-mates. I suppose Twitter can be useful in that sense, though bad news is bad news regardless of the medium through which you receive it.

Dreher was a playwright and author, and also a practicing psychologist. She died April 2 of this year, a week after celebrating her 75th birthday. You can find an obituary for her here. She was a Lambda Literary Award winner, as well as an Alice B. Readers’ medalist.

I remember her best for her Stoner McTavish mystery series. I read the first one soon after I finished Radclyffe Hall’s Well of Loneliness, and it was a breath of fresh air after the sadness and tragedy embedded in Hall’s work. In Dreher’s work, I found a lesbian character who didn’t die in the end and who managed to get into a realistic relationship. Dreher’s McTavish series was probably the first genre lesbian fiction I read, and in a way, it was revolutionary and showed me what was possible in terms of writing LGBT characters and, more importantly, writing human characters.

Dreher never let a reader off easy, but her gentle humor and empathy for her characters — all of them, whether damaged, suffering, or searching — created nuanced and layered mysteries that were as much an exploration of the human condition as they were about lesbian and women’s identity against a variety of backdrops. Life is complicated. People are complicated. And Dreher knew that and gracefully wove it into her stories.

In 1997, she published Solitaire and Brahms, a novel about being a lesbian in the 1950s, and the ever-present tensions between public and private lives, a theme that seems to echo in some of her other work.

She contributed essays and writings to a number of projects, including Off the Rag: Lesbians Writing about Menopause, ed. by Lee Lynch and Akia Woods. “Waiting for Stonewall” appears in Sexual Practice/Textual Theory: Lesbian Cultural Criticism, ed. by Susan J. Wolfe and Julia Penelope. You’ll also find a contributed chapter to They Wrote the Book: Thirteen Women Mystery Writers Tell All, ed. by Helen Windrath.

You can find a collection of her plays here (published 1988), for a sense of how she brought her characters from page to stage and into the hearts and minds of audiences.

Dreher was busy in her non-writing life, as well. She was the co-founder (and, for the past seven years, president and clinical director) of Sunrise Amanacer, Inc., a non-profit organization concerned with the mental and physical health of underserved and non-English-speaking people. I like to think that the different facets of her life fed her creative mind, and allowed us a glimpse of who she may have been and the many possibilities there are for seeing each other and for those we don’t know. The prism of shared humanity offers many different views. I think Dreher’s was wide, encompassing, and always compassionate.

You can find her mysteries, plays, and novel at New Victoria Publishers here.

If you’d like to leave a comment in her memorial register, go here.
NOTE: you may have to cut and paste the link. Here it is:
http://douglassfuneral.com/wp-content/plugins/funeralworks_obituary_plugin/ajax-obituary2.php?Counter=1049
If that doesn’t work, go to http://www.douglassfuneral.com and type Dreher into their search function, upper right. My apologies; the site may require that you clear your cache or refresh your browser to get to her page.

I’ll just own it right now. I want to see the movie Lockout (which opened today). Here’s the trailer:

I saw it advertised on the ol’ boob tube and the generic male voiceover called it a cross between Bladerunner (one of my faves) and Die Hard. The basic premise of Lockout is that there’s a seriously hardcore prison orbiting Earth, where the scariest criminals are housed.

OH, yeah. Those are a couple of good ingredients for a major action, butt-kicking, big ol’ American blockbuster hootenanny.

Let’s see how many action movie tropes we can pick out in the trailer alone.

Join me for some trope-hunting…

Here’s what I came up with:
END_OF_DOCUMENT_TOKEN_TO_BE_REPLACED

I know. Usually I do zombie Saturday, but today I thought I’d digress a bit from that and talk a little about some other interesting (hopefully) things.

First, I’ve got an interview with fab author Lori Lake posted over at Women and Words. If you’re not familiar with her work, I highly recommend you check it out. She’s an awesome craftswoman in terms of structure, and her plots and characters are always strong, and always a slice of life.

All right. With regard to fall, this is my fave season, no matter where I am. I’m from New Mexico and though I’m not currently living there (not yet!) at the moment, one of the best things about fall in that stateis that the chile harvest comes in and local vendors and grocery stores put roasters out front. So you go get yourself a big-ass bag of chile (like, a big gunny sack full) for around $20-$30 and the vendor/grocery store employee roasts it for you.

Hungry for more? Read on!

END_OF_DOCUMENT_TOKEN_TO_BE_REPLACED

Well, it was a crazy weekend for some of you. And the effects of Hurricane Irene may still be a problem (i.e. flooding and power outages). Regardless, glad you made it and hope you’re unscathed or at least able to fix the problem easily.

Along those lines, thought I’d give you some writing prompts/tips. I thought about this because I was worried about all the people I care about who were in the path of Irene, and I got to thinking about how climate and weather can determine what we do and where we go. That got me thinking about the 1948 Humphrey Bogart film, Key Largo, in which Bogart plays a guy who goes down to Key Largo to visit a friend of his. Turns out the friend was a hotel owner, but when Bogie gets there, a gangster has taken control of the hotel. Well, you just know these two are slated for a showdown and the catalyst turns out to be a hurricane.

Or, more recently (though not much, if you’re a youngster), think about how a thunderstorm played a role in a pivotal scene in the 1994 movie The Shawshank Redemption. Here’s the scene, when character Andy (played by Tim Robbins) makes his escape. You’ll see the role the weather starts to plays at around 1.00 (and not just creepy, tense atmosphere).

And that, in turn, got me thinking about writing prompts.This one, I’ve found, is particularly good if you’re having some trouble coming up with ideas or you just want to work on your powers of description.

END_OF_DOCUMENT_TOKEN_TO_BE_REPLACED

If you’re an insane writer-type like me, then you tend to do your homework about publishers before you sign on the dotted line. A few tips:

2) Check with other authors. They can’t always reveal the inner workings of the publisher they’re signed with, but they can probably give you some basic info and basic impressions without opening a giant can of worms. Of course, if an author is super happy, he or she is going to tell you that. If he or she is not, he or she might politely decline to talk about it.

3) Trusty Google! Type in the publisher’s name with “complaints” and see what comes up.

4) check sites like Predators and Editors to see if the publisher you’re interested in is recommended or not. And here you go, some handy linkies to watchdog sites!

And here’re some good tips for self-publishing authors.

Point being, the writing stuff is fun. The business end — maybe not so much, but it’s super important so you’ve got to do it.